What happens when a 28 year old single man purchases over 16 children through surrogacy? 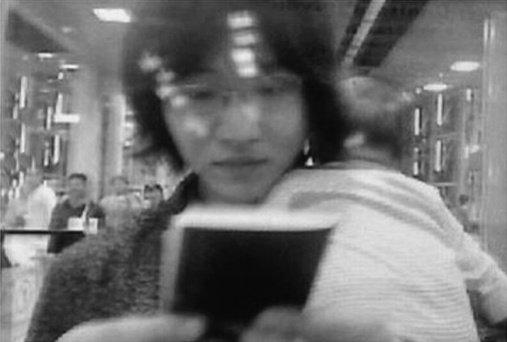 In 2015, a Bangkok court granted a wealthy Japanese man sole parenting rights to 13 children he fathered through surrogate mothers in Thailand---a ruling that paved the way for him to take custody of the entire group of babies. Mitsutoki Shigeta, 28, became the center of a “baby factory” scandal in 2014 after Thai police said DNA samples linked him to nine infants found under the care of 24-hour nannies in a Bangkok apartment.

The children, who were estimated to be between two weeks and two years old at the time, were placed under the care of the Thai state, while another four—unrelated to the raid-- were later also deemed to have been fathered by him.

Shigeta was investigated for human trafficking and child exploitation, after investigators learned that Shigeta, a resident of both Tokyo and Hong Kong, had made 41 trips to Thailand between 2010 and 2014 and on many occasions had traveled to nearby Cambodia. But Thai police say they found no evidence of either. During the investigation, Shigeta’s lawyer stressed that "these are legal babies, they all have birth certificates."

Shigeta left Thailand in the wake of the scandal, but later took Thailand’s Ministry of Social Development and Human Security to court to claim legal custody of the children.  A Thai court granted Shigeta his claim, saying that he had ample money to care for them, and had prepared nurses and nannies to look after them in Japan.

“For the happiness and opportunities the thirteen children will receive from their biological father — who does not have a history of bad behavior — the court rules them to be his legal children,” Bangkok’s Central Juvenile Court said in a statement. Shigeta, who did not attend the trial in person, was deemed the “sole parent” of the children after the Court found that the Thai surrogates had signed away their rights.

Japanese media reported that Shigeta is the son of an IT billionaire, and the Thai court was told that he was the CEO of a company listed on Japan's stock exchange, a shareholder in many companies, and that he had earned more than $3 million dollars in dividends from a single company. The court was also told Shigeta planned to take the children to Japan, where he had already bought a piece of land near a big public park in Tokyo to build a house for them. He promised to provide enough caregivers and professional nurses to look after them, and to send them to a nearby international school when they came of age to do so.

In addition to the 17 children Shigera fathered via surrogacy in Thailand, he had previously  fathered at least three other children with surrogates in India, according to his lawyer. "He's very, very happy," Shigeta's lawyer told reporters after the ruling.

According to the founder of the multinational fertility clinic that arranged for Shigeta to procure these children through surrogates, Shigeta said "he wanted 10 to 15 babies a year, and that he wanted to continue the baby-making process until he's dead.” The founder also said that Shigeta asked clinic staff how he could freeze his sperm, and told them he wanted 100 to 1,000 more babies. He wanted to win elections and thought he could use his big family for voting," the founder said. Shigeta also reportedly said that "the best thing I can do for the world is to leave many children."

One of the Thai surrogates who carried a child for Shigeta--a petite 32 year old woman named Ms Wassana--said that after she saw an online ad seeking surrogate mothers, it seemed to her  like a life-altering deal –– US$10,000 to help a foreign couple that wanted a child but couldn’t conceive. Ms. Wassana, who had a ninth grade education and spent her life in a trash-strewn slum selling traditional Thai sweets from a food cart for $6 a day a day, viewed it as a nine-month solution to her family’s debt problem. Her late father’s medical bills had drained the family’s savings so that they couldn’t pay rent for a year, and were facing eviction.

She didn’t ask many questions, but Ms. Wassana wondered, however, who the baby’s mother was. “I don’t know if the doctor used my eggs or another woman’s,” she says. “Nobody told me.”

During the pregnancy, Ms. Wassana developed preeclampsia and dangerously high blood pressure. She was rushed into the delivery room, underwent a caesarean section delivery, and gave birth to a boy two months premature. Ms. Wassana’s family came to visit her in the hospital, but Shigeta never came, she says. The infant boy was placed in an incubator and after six days, Ms Wassana returned home. She’s not sure when the baby was released from the hospital to Shigeta’s custody.

Ms. Wassana herself met Shigeta twice, but he never spoke a word to her. "He never introduced himself. He only smiled and nodded. His lawyer did the talking. I thought that any parents who would spend so much money to get a baby must want him desperately,” she said. “The agent told me it was for a foreign couple.” Ms. Wassana described Shigeta  as tall, with shaggy, shoulder-length hair, dressed casually in jeans and a wrinkled, button-down shirt that he left untucked. His lawyer had accompanied him to the meeting, where he and Ms Wassana signed a contract granting him sole custody. He wasn’t personable. There was no “thank you” for carrying his child, she says.