What happens when surrogacy kills you? 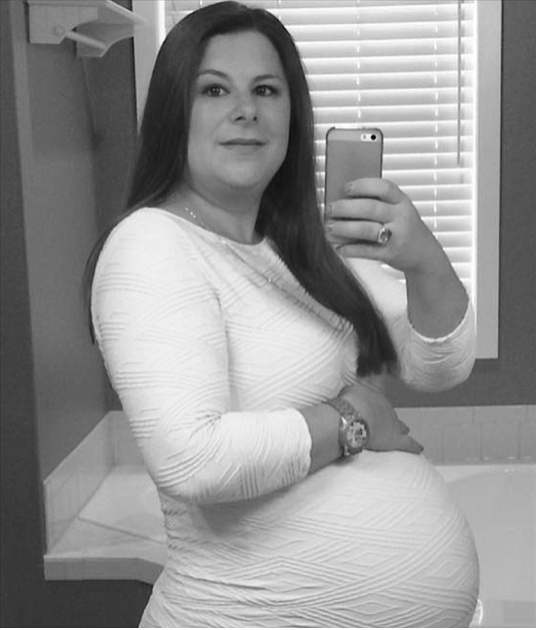 On October 8, 2015, an American surrogate mother named Brooke Lee Browne passed away at St. Luke’s Regional Medical Center in Boise, Idaho, eight days before her 35th birthday, from complications related to her third surrogacy pregnancy. The wife of Peter and the mother of three young sons -- Daniel, Aron, and Ryan--she was reportedly acting as a surrogate for a couple from Spain—where surrogacy is illegal—and died of either a placental abruption or amniotic fluid embolisms. Her three surrogacy pregnancies, resulting in the birth of five surrogate children and undertaken within a short period of time, put her at a high risk of adverse pregnancy complications. The twins she was about to deliver via a scheduled caesarean section reportedly lived for a short time on life support before losing their lives as well.

The twins’ demise is not mentioned in Brooke's obituary, however. Nor is there any mention that Brooke died while serving as a paid surrogate. Almost immediately after the passing of Brooke and the twins, women calling themselves Brooke’s “Surro Sisters” set up a GoFundMe page in order to raise $10,000 for Brooke’s family. In the end, however, they weren’t even able to raise $7,000.

Kathleen McRoberts, an Idaho and Utah fertility lawyer who arranged the surrogacy contract that cost Brooke her life, stated on the GoFundMe page: “Today we said good bye to our dear friend. Her life was filled with so much more than surrogacy but she came into our lives because of it. Her memory lives on with each of us who had the pleasure of knowing and working with Brooke.” She also went on to say: “She was a mother, a friend, and a surrogate mother to five babies. She was an advocate and the face for everything good about surrogacy.”

Kathleen McRoberts’s professional bio on her firm’s website, states that: “With a deep commitment to helping others, and a passion and knowledge of the fertility methods, she works closely with agencies and fertility clinics to be part of the team to help you build your family.”

Three staff members of the surrogacy agency who had arranged all of Brooke's surrogacy pregnancy also chipped in $250.

Kathleen Roberts and the surrogacy agency staff of course knew about Brooke’s pregnancy history. They knew she had had multiple pregnancies within a short period of time--six pregnancies, eight children. Coupled with the knowledge that surrogate pregnancies are already higher risk than traditional pregnancies, they knew they were taking a gamble in arranging for  Brooke to carry twins, but the bottom line was that they were willing to risk her life, and the life of the twins who died with her, for profit.

It has been reported and repeated that Brooke was the first American surrogate to die of pregnancy complications, although there have been many such fatalities elsewhere in the world. Sharon LaMothe, a surrogacy consultant in Florida, insists, however, that this is not so.  LaMothe claimed to personally know of additional surrogate deaths in the USA in the past fifteen years that she thinks went unreported because they all occurred prior to the proliferation of social media.

When Brooke died, the Attorney General's office in Idaho where Brooke had resided was contacted and a request was made that his office undertake an investigation into her death, which fell on deaf ears. The press was also contacted, in the hopes of getting her story out, but again, no investigation was undertaken or reported by the media either. When asked about services for the twins who had also died, the local Baptist church where Brooke's memorial service was held responded that it had no knowledge of what had become of the infants.

Brooke's doctors, and the fertility industry, surely knew that this woman's body, which had carried her own three children to term and then five surrogate babies, was at high risk of grave injury. In the end, no one deemed Brooke's life, and those of the infants she carried, to be worthy of news coverage or more than $7,000 in funeral costs.