What happens when a surrogate child is abandoned after a commissioning parent changes her mind and no longer wants him? 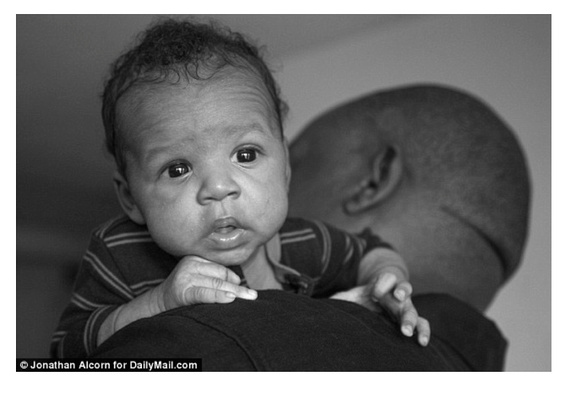 Good intentions resulted in betrayal, according to Jessica Bartholomew, a woman who served as a surrogate for "The View" contributor Sherri Shepherd and Shepard’s now ex-husband, Lamar Sally. Jessica carried to term a child who was conceived using a donor egg and Sally’s sperm pursuant to a surrogacy contract that Shepherd pursued and for which she paid more than  $100,000. But when Jessica’s surrogacy pregnancy was five months along, Shepherd broke up with her husband of nearly three years, and said that she no longer wanted to be a mother to the child in the making.

According to Jessica, things had started out fine. Shepherd and Sally seemed very much in love, and eager to have a child together. Through the first 20 weeks of her pregnancy, Shepherd would call and check in on her regularly, and seemed very excited. But rather than fully embracing Lamar Jr. after his birth, Shepherd instead abandoned both him and Jessica herself.

Jessica can’t get over her grief and deep feeling of betrayal.  “I will never help another mother have a baby,” Jessica has stated. “Sherri put me and my family through so much emotionally, and almost ruined me financially….I will never trust anyone to go through that again. I wanted to help her because she couldn’t have a child of her own and it was supposed to be a beautiful thing. But it turned out to be a nightmare.”

Shepherd’s absence during the birth of Lamar Jr. resulted in Jessica’s name being listed on his birth certificate as his mother, which resulted in a financial nightmare for her. As Lamar’s “legal parent,” a child support case was brought against Jessica, and she was expected to pick up the baby’s medical bills as well.

Jessica has said, “I couldn’t believe it. Sherri knew I was a waitress and a single mother, but she didn’t care, she just walked away and let them demand support from me when she was the one who wanted this child. I was helping her, and this is how she repaid me. I will never, ever go through this again.”

Sally also felt deeply betrayed. He has said that he was offered a settlement of $150,000 by Shepherd if he agreed not to add her name to their son’s birth certificate. “I can’t do that to my son,” he said, “There’s no amount of money to ease my worry about my son. If she would just do the right thing and we co-parent... That’s all I want.”

Eventually, things were straightened out with Jessica, and Sally took his ex-wife to court. Although she has never met Lamar Jr., Shepard lost her court battle to have her name removed from the birth certificate of the son she had via surrogacy, and was ordered to pay child support for the boy now being raised by her ex-husband.

As Sally tells it, Shepherd made it clear she wanted a baby from practically the moment they first met in November 2009. Sally says his first phone conversation with Shepherd, a couple of days after they met, was a six-hour marathon during which she grilled him about whether or not he wanted to start a family. He assured her that he did. ‘That’s great,” she said, because she wanted very much for her son from a previous relationship to have a sibling. “We fell in love hard.”

According to Sally, Shepard wanted to use a donor egg, but not just any old donor. Shepherd opted to use facial-recognition software in her quest for the perfect child and in order to help them find a woman in the egg bank’s database who matched Shepherd’s facial characteristics. Sally also remembers Shepherd’s strong gender choice of a male, as--according to him—she said, “I don’t want a girl — I’m not doing any girl’s hair.’”

Despite what has happened with Shepherd, Jessica remains hopeful that Lamar Jr. will receive nothing but the best. “In spite of everything, I hope it all works out for Lamar and the baby. And I hope Sherri realizes what she has done and becomes a real parent to her son,” Jessica said. “One day he is going to be an adult and may ask Sherri why she didn’t want to be his mother.”