What happens when you learn after a lifetime of deception that you were conceived by a gamete donor? 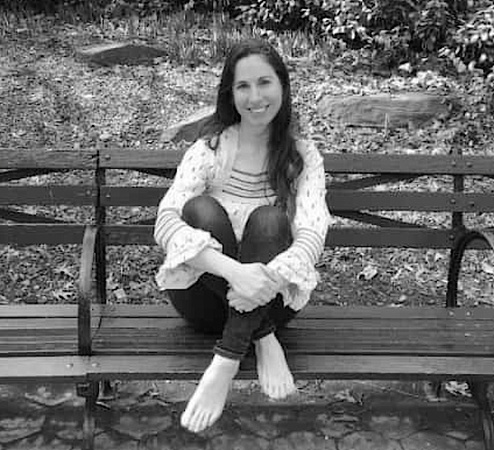 I found out a little over a year ago that I was conceived with sperm from an anonymous donor. The man I called “dad” was not my biological father.  I was always interested in my genealogy and family history, but doing a DNA test was too expensive. One day I discovered that a genealogy company--23andMe--was offering a free test to people that experience depression, a condition that I have suffered since I was a teenager, so I submitted some spit. Now that I think back, my mother did have a sick look on her face when I spat into that tube.

When I opened my DNA results in September 2017, they showed that I was half Italian from my mother’s side, and half Ashkenazi Jewish, which didn’t make sense to me at all. My father was a Northern European mutt: part English, Dutch, French, and German. None of these details reconciled with my understanding of my family’s genetic makeup. It all left me reeling. But a phone call to 23andMe confirmed they had not mixed up my sample. Something did not add up.

I also learned that I apparently had a half-sister, although I was pretty sure my mother was not the type to have an affair. After confronting my mother with my DNA test results, I finally learned the truth about my conception: because my father had fertility issues, an unknown medical doctor provided the sperm that helped create me. The only thing the clinic told my parents when I was conceived was that it only used the sperm of healthy doctors.

Although that clinic claimed to have questioned donors about their medical history, when I spoke to my biological father, he said the clinic asked him nothing.“As long as you had sperm, and you didn’t have an STD, you were good to donate,” he said. But that’s a problem, because people not only benefit from knowing their medical history, but also it can hurt them not to have it. I know of donor-conceived individuals who have suffered or died from medical ailments they could have addressed earlier had they known their families’ medical histories.

Essentially, the gamete-donor landscape is largely unregulated, making it hard for donor-conceived people to find out more about their origins, while allowing donors to remain anonymous. Services like 23andme and the Donor Sibling Registry, a matching site founded in 2000 for donor-conceived people, can ferret out brothers and sisters, which, in turn, can enable donor-conceived people to find their biological parents. But there’s no state or federal data tracking how many babies are born as a result of gamete donations, and there are no regulations requiring it. There is also no regulation requiring that health records or donor information be kept. I believe that information regarding births involving gamete-donations should be required to be collected, stored, and distributed, and that there should be limits  on how many gametes donated by one person can be used to conceive others. Donors should be required to fill out forms with their name and address and an information-sharing statement, in which they say whether they would like to be contacted or to remain anonymous — though in either case, they should be required to provide health records.

I think everyone, regardless of how they were conceived, should have the right to know who their biological parents are. There’s a reason ancestry.com is a multi-billion-dollar business. It’s an essential part of being human, wanting to know where you come from. I think that that information is rightfully mine. It doesn’t belong to the state or the clinic or anyone but me.

After finding out my “secret” only as an adult and feeling like my existence was something shameful, I was devastated.

Don’t get me wrong. I had a great upbringing – not perfect – but happy. My mother is the most loving mother anyone could imagine; she is the epitome of motherhood. My dad has some issues but he’s a good man, and I know he loved me and my siblings no less because we were not biologically his. Nevertheless, it is the most inconceivably disturbing adjustment to go through, to learn that a parent is not related to you.

Unfortunately, as a result of finding out about my donor-conception so late in life, I now have a condition called Complex Post-Traumatic Stress Syndrome (C-PTSD). C-PTSD is a more severe and long-term condition than PTSD, and can affect the ability to control emotions, as well as form relationships. C-PTSD can also disrupt the development of a person’s identity and for me,  has created deep trust issues.

I am very accepting of my story, proud to be who I am, and grateful for what I do have. And finding out I was donor-conceived was truly, in so many ways, the best thing to ever happen to me, because it is my truth. But that does not take away from the hard work of processing my last 35 years in a new light.

Dignity and humanity--those are things that we donor-conceived people who have not been told about our conception have all been robbed of, and I’m striving to get them back. What we deserve is the right to know, the right to our own bodies, and the information about who we are. I have now since met my biological father and some of my half-siblings. I’ve never had such a beautifully traumatic experience in my life as meeting a man who smiles the way I do, who is so much of me. He told me things from the deepest places of my soul, just because he knows that. He knows.

While 35 years ago, my parents were counseled to keep my donor conception a secret, research clearly indicates that today, the psychological and emotional well-being of children requires that they be told early on that they are donor-conceived. Sadly, for reasons that include shame, fear of rejection, cultural and personal beliefs, and the notion that non-disclosure somehow protects their child, many parents still choose to withhold the details of their conception from their donor-conceived children.

I would never want to take the remote chance that my child might experience this kind of upheaval. Your entire system of beliefs crumble--your trust, your sense of identity--they are all shattered when this critical information is concealed.

Many other donor-conceived adults have told me that just because they were desperately wanted and loved as children, this is no guarantee that they can avoid experiencing trauma and grief about their conception. Whether I was told at age five or thirty-five, I still would have wanted to know who my biological father was. It would have been hard for me no matter what, but it would not have resulted in C-PTSD. The rest of my life has been kept on hold while I work through the trauma. I am still only beginning, and I still have a lot to learn about an identity I have always had, and how I came to be. Trauma is a difficult thing to navigate. Intentional deception means losing trust in the people who first taught you what trust means. An exchange of money able to purchase away an ethnicity gives question as to what identity even means. To overcome years of shameful secrecy is something for which there is no timetable.

Please tell your children that they are donor-conceived. The earlier you tell, the more straightforward and stress-free it will be for you and your child. But  just as importantly, that telling should not just a once-off event, but an evolving story based on age-appropriate language and your child’s reaction.

No matter what age your child is, it’s never too late to tell.